OPENS IN NEW YORK ON APRIL 1

OPENS IN LOS ANGELES ON APRIL 8

FOLLOWED BY A NATIONWIDE RELEASE IN 25 TOP CITIES/MARKETS

“SOLD humanizes the issue of child trafficking. By pulling us into the world of one child…the film provides insight into the horrors children experience but also illustrates the resilience they have to overcome…”
– Emily Pasnak-Lapchick, End Trafficking Program Officer, U.S. Fund for UNICEF

NEW YORK & LOS ANGELES – The intense, emotional story of one 13 year-old girl’s quest for freedom after finding herself a victim of human trafficking between Nepal and India, will hit the big screen in the feature film SOLD. Globally, the average age of a girl who is trafficked for sex is 13-14 years old, according to ECPAT, a global network dedicated to protecting children.

The acclaimed film is directed by Oscar®-winning filmmaker Jeffrey Dean Brown (MOLLY’S PILGRIM), executive produced by Oscar winner Emma Thompson, and produced by Jane Charles. The ensemble cast includes Gillian Anderson (X-FILES) and David Arquette. Based on the international bestselling novel by Patricia McCormick, inspired by true events, SOLD depicts the story of an extraordinary girl Lakshmi who is trafficked across the Nepal-India border and forced to work in a brothel in Kolkata, India. By telling one girl’s story, SOLD gives voice to the millions of trafficked children who are unheard and unseen. McCormick’s book has been translated into 32 languages and has frequently been the entry point for people to learn about the issue of modern day slavery.

SOLD stars an extensive cast and includes appearances by Gillian Anderson, the Golden Globe® and Emmy®-winning actress who portrays the US photographer Sophia, fighting against the odds to help rescue girls like Lakshmi, together with the NGO workers Mrs Tripathi portrayed by Seirah Royin, and a U.S. volunteer Sam, portrayed by David Arquette, and Vikram portrayed by Prambrata Chatterjee.

The film has won awards and was the opening night film at numerous film festivals across the United States and around the world.

Brown believes that just as McCormick’s book was a call to action for himself, this new film can serve as a call to global action on child sex trafficking. He said: “Our hope is that our film will foster global policy change and raise substantial funds for survivors in India, Nepal and the United States.” Brown took inspiration from the Academy Award®-winning documentary Born Into Brothels. It is his intention that audiences experience Lakshmi’s child-like view of the world. The average age of girls trafficked for sex between Nepal and India is 13-16 years old, according to Matthew Friedman an expert in trafficking and an advisor to the film.

Comments on the craft and issue impact potential of the movie from Executive Producer Emma Thompson: “It’s very rare that a piece of art or story telling could really help to change things, but SOLD is one of those films,” said Emma Thompson “It’s a beautiful piece of work and it tells the unseen story of millions and millions of children.” Thompson continued: “Because of SOLD’s marvelous script and courageous and brilliant cast, it is a story that we can all watch – so that we may understand the processes of slavery…and feel able to act without feeling the kind of rage and hopelessness that gets in the way of doing anything.”

Synopsis: A young girl, Lakshmi, leaves her home in a quiet village in the Nepali Himalayas in the expectation of a job in big city India. However, upon her arrival in Kolkata, she soon realizes she has been trafficked into a prison brothel, where she must struggle daily to survive against impossible odds. A US photographer (Gillian Anderson) hears her cries for help and works with an NGO, to spearhead a dangerous mission to rescue her. Finally, Lakshmi must risk everything for freedom. SOLD is a testament to the resilience of the human spirit and a clarion call to action. 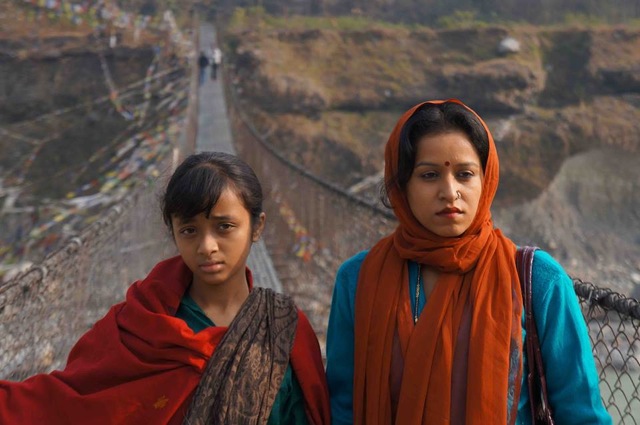 Filmmaker Statement – By Jeffrey D. Brown: “I have a strong connection to India because my step-father was Indian and I traveled there when I was ten. I will never forget that experience.  I saw a cow eat the food of a starving man, saw the funeral pyres of the dead burning at Varanasi. People either love India or are completely overwhelmed by it. There doesn’t seem to be a middle ground. For me, reading SOLD was like reading a song/prayer/poem – I felt called to tell this story on film. I saw it visually as I read it and I responded to the urgency of the issue and the pain this girl felt. I also knew that by telling Lakshmi’s story, we would give voice to the millions of invisible children trafficked every year all over the world.” An extended Director’s Statement is available here: https://www.soldthemovie.com/press/directors-statement/

About the Director – Jeffrey Dean Brown: Jeffrey Dean Brown studied film at Tisch School of the Arts at NYU.  His first short with dialogue was an adaptation of a book called “Molly’s Pilgrim.” The dramatic short won an Academy Award for Best Live Action Short in 1986.  Brown’s first feature as a director is also a book adaptation, SOLD, written by Patricia McCormick. As a director, Brown has won numerous awards including an Emmy (for an After School Special), a Peabody, a Cine Golden Eagle, among others. He has directed 17 hours of episodic television shows such as: “The Wonder Years,” “LA Law” and “Hooperman. “ He has also directed over 200 commercials. He Executive Produced and co-wrote with Finn Taylor; “Pontiac Moon” for Paramount and co-wrote and co-produced “Dream with the Fishes,” an indie that premiered at Sundance. He lives in Northern California with his wife. 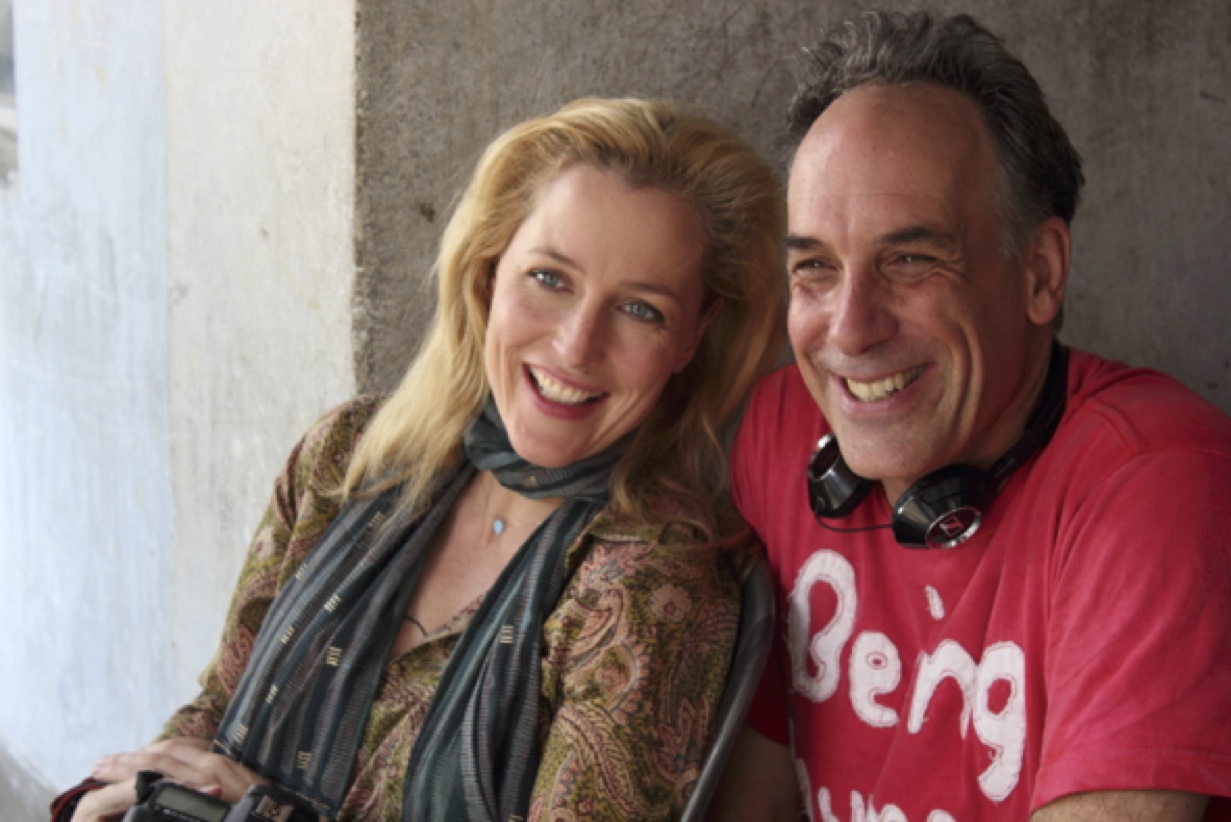 About the Production: SOLD was filmed on location in 2013 in India & Nepal. Read more about the production here: https://www.soldthemovie.com/press/

About the Cast: Read bios for 20 members of the incredible cast of SOLD here:https://www.soldthemovie.com/cast-and-crew/

Social Impact Initiative and Partnerships: SOLD is part of a wider effort to raise awareness and funds to address the the issue of child trafficking.

The film team has a campaign called Taught Not Trafficked which the release of the film SOLD will drive. The film, in partnership with many global non-profits: ECPAT, Save the Children, World Vision, United Way, Rotary International, ATEST, the Walk Free Campaign, Stolen Youth, Childreach International and others, will leverage the power of the film to lead a major advocacy campaign tied with the theatrical release – intending to create real impact on the issue of sex trafficking. The goals of this campaign are to raise funds for: prevention through education, the healing and vocational training of survivors.

Unique Film: The filmmakers embrace the term “cause-based narrative” and intend to use the theatrical release to lead to real impacts. One goal of the effort is to help raise the funds for Hope House and potentially 10 other refuges for those who are survivors of, or have been affected by, sex trafficking.

Based upon SOLD, National Book Award nominee, winner of the Quill Award, and an ALA “Best Pick.” 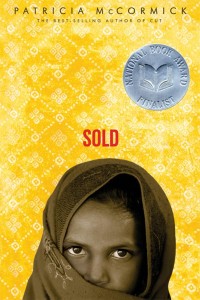