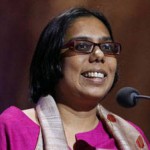 She testified in the United States Senate before the passage of the Trafficking Victims Protection Act in 2000, and she lobbied with other activists at the United Nations during the formulations for the UN Protocol to Prevent, Suppress and Punish Trafficking in Persons — resulting in the first UN instrument to address demand for trafficking in Article 9.

In 2009 Gupta won the Clinton Global Citizen Award and in 2007 , she won the Abolitionist Award at the UK House of Lords. In 2008 and 2009, Gupta addressed the UN General Assembly on human trafficking. She won an Emmy in 1997 for her work on the documentary “The Selling of Innocents,” which inspired the creation of Apne Aap. Her work has been featured in 11 books including Half the Sky by Sheryl WuDunn and Nicholas Kristof.
She is on the board of Coalition against Trafficking in Women and the advisory councils of the Polaris Project, Vital Voices, Ricky Martin Foundation, Asia Society, Nomi Network, The Coalition Against Trafficking in Women and Cents for Relief. 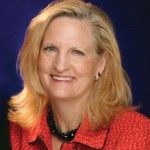 Paula Clapp co-founded Global Partnerships in 1994 with her husband, Bill Clapp, to promote economic opportunity for the people living in poverty in Latin America. In 2007 Paula and Bill started the Seattle International Foundation to promote international development awareness and philanthropy in Seattle. Paula’s current interest is to raise awareness of sex trafficking internationally and in our own community. She is an investor in the international movie SOLD and is a co-founder of the local nonprofit StolenYouth.org. In addition to these organizations, Paula has served as a volunteer on the boards of Make A Wish Foundation, One World Now, the Medina Foundation and the Vestry of Saint Mark’s Cathedral and has volunteered with Women’s Funding Alliance, Accion U.S., Habitat for Humanity and Children’s Hospital. She is also a founding member of the Washington Women’s Foundation. Paula holds a masters degree in counseling and worked as a middle school counselor at Zion Preparatory Academy. Paula and Bill recently received the AK Guy award from the YMCA for their volunteerism, and they were honored by Seattle University with an Honorary Degree in Humanities. Paula also received the Women of Valor award from Senator Maria Cantwell, the Inspiring Women Award from the Seattle Storm and the Unsung Heroes of Compassion Award from His Holiness the Dalai Lama. She currently serves on the advisory board for the Center for Human Rights at the University of Washington. Paula and her husband Bill love spending time with their 6 grandchildren. 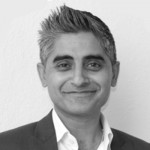 Founder and CEO of Childreach International, a UK Registered Charity.

Firoz is passionate about social change and he has witnessed again and again the difference committed citizens make. Childreach International is a child rights organization which works to unlock the potential of some of the worlds most marginalized children through quality education, healthcare and the right for children to feel safe and protected. This is achieved by working with and through affiliate offices in India, Nepal and Tanzania and through local partner organizations in Brazil and Bangladesh.

Over the last 5 years Childreach International has pioneered an award winning student engagement program which has seen thousands of young people in over 60 Universities across the UK, USA and Canada raise over 18 million pounds to help educate and empower over one million children, their families and communities.

The current focus of Firoz’s work is an anti-child trafficking campaign, which aims to keep children in schools to prevent them from being trafficked for sexual or labor exploitation. The campaign is called ‘Taught Not Trafficked’ 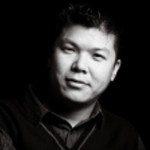 Director of Childreach Nepal
Dr. Lama is the Country Director for Childreach Nepal- a local charity but also part of the global network of Childreach International, works in partnership with local communities to help improve children’s access to healthcare, education, and child rights and protection in Nepal.

Dr Lama graduated of Northumbria University, UK with BSc (HONS) Health Development Studies, Masters of Public Health and Ph.D. in Telemedicine. Beside his academic achievement, he was awarded and honored with several national and international awards, some of the awards: The first ever Lord Glenamara International Scholarship by Northumbria University in recognition of his efforts in improving public health and the environment through volunteering; The International Student of the Year 2006 in the UK. He was further honoured by our university by establishing 20 scholarships for Nepalese students under his name Tshering Lama Northumbria University Scholarships. In 2015, Dr Tshering Lama, was selected as one of the World Economic Forum’s Young Global Leaders under age 40. 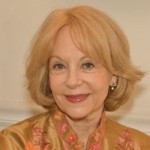 Since 1982, Mrs Prager-Kamel has been involved with the United Nations. She was co- head of a Non-Government Organization, “World’s Children’s Day”, and served in the capacity of Board member, Executive Board member and vice-chairman for UNICEF (the tri state division of the U.S.Committee for UNICEF). She is presently a member of Women’s International Forum, and is/has been a director on several other Boards including: Georgetown University, the Global Academy, N.Y. Presbyterian-Weill Cornell Hospital (Complementary and Integrated Medicine Dept), American Italian Cancer Foundation, Human Rights Watch (Tri-State Committee), Immigration & Refugee Services of America, the U.S. Committee for Refugees, Foreign Press Association (with particular focus on the Women’s voice) and others.

Mrs Prager-Kamel is Co-Founder & Managing Partner of Strategic-Expansion Solutions (www.strategic-expansion.com) an international firm, specializing in business initiatives and corporate/government relationships. She was the CEO of a US-European Merchant Bank, and headed the Investment Banking business for a global Chinese financial institution. She was Partner and Managing Director of Investment Banking for the first women owned boutique Wall Street firm, where she advised on securing capital for public and private companies and served as a financial advisor for a joint venture with the largest Chinese pharmaceutical company. Mrs. Prager-Kamel served on the steering committee for Tri State Ventures, an Angel Investing group, and sat on the Board of Directors of Select University Technology, where she was Chairman of the Board for four of their VC firms.

Mrs. Kamel had an early career as a painter, exhibiting in Galleries and Museums worldwide. She was a member of the Black Emergency Cultural Coalition, a group of multi-disiplined artists serving the New York Prison system. She also co-founded the first program for disabled children at the Metropolitan Museum of Art in New York and produced shows for their Costume Institute.

Nancy Prager-Kamel received a BA from Cooper Union, and additional degrees from Accademia de Belle Arte, Florence, Italy; she did her graduate program in Political Science at Maxwell School-Syracuse University. 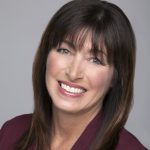 Jane is multiple award-winning feature film, TV and media impact producer. She is a current board member and co-founder of Stolen Youth http://www.stolenyouth.org, a Seattle non-profit dedicated to raising funds and awareness to support the rescue and recovery of our community’s sexually exploited children and youth. She has mentored teams and volunteered as a grant advisor with WashingtonFilmWorks, a Seattle non-profit that provides incentive funds to innovative film projects that are produced in Washington State. Jane has also volunteered with The Assistance League of Seattle( Operation School Bell), Youthcare and S.A.F.E. She is dedicated to using film as a tool for change and producing media with real impact. 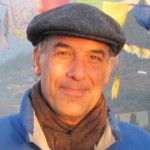 Director Jeffrey Brown is an Academy, Emmy, AGLA, CINE Gold Eagle, and Peabody Award winning filmmaker. SOLD, is his directorial feature film debut has won 3 audience awards, a jury award and was selected as the opening film for six international film festivals. His film bio can be found in the ABOUT section. As a filmmaker Jeffrey went to two wars, Beirut and Nicaragua. After being on front lines, he became interested in the generational legacy of PSTD. This led him to volunteer to staff with ex-gang youth and the Mosiac Foundation working with Micheal Meade and Malidoma Some. After joining the Mankind Project, he volunteered to staff for vetsjourneyhome.org. He has a strong interest in modalities that heal PTSD. He has been a yoga practitioner for 30 years. He has learned and studied many healing techniques and modalities. He formed Boys to Men, Nor. Cal which trained 60 men in ways to positively mentor to youth. He’s staffed for Challenge Day, Boys To Men, YMUW, VetsJourneyHome and served on the board of Beyond Borders. Currently he is a volunteer elder for the Stepping Stones mentoring community. 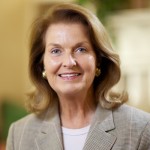 Jamel began work in this field when, having moved to the Bay Area from Chicago in 1986, she started volunteering as a legal advocate for the Battered Women’s Alternative in Concord and eventually became President of the Board of Directors during which time she chaired a successful capital campaign to provide transitional housing to domestic violence victims and their families. Early in her career as a community advocate, JaMel was the Founder and President of Service for the Handicapped through Advocacy, Research and Endowment in Chicago. Also passionate about the transformative power of public education, JaMel served as President of the San Francisco Education Fund that is committed to innovative approaches to improving student success and building a shared sense of responsibility to strengthen San Francisco’s public schools. Currently her focus is on implementing an anti-violence curriculum in the public schools. JaMel has also served on the leadership boards for NARAL, the Arthritis Foundation, the Greenbelt Alliance, and the UCSF Wellness Council. 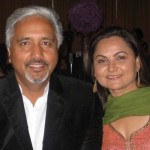 Founders of the Mannkind Charitable Society
Mannkind charitable society supports Balagurkulam Orphanage in Chennai, India. There are currently 57 children at the facility, most of whom are girls. We fund their education, clothing,and lodging. The children are trained in yoga, meditation and philosophy in addition to their regular education so that they grow to be well informed and well-rounded citizens.

Mannkind is presently building a school in the suburbs of Chennai,India . It will provide free education to local children with impoverished backgrounds.

Mannkind has recently acquired land in the state of Andhra Pradesh, India, where the rate of female infanticide is alarmingly high. We will be building a girl’s only orphanage to encourage people to not kill the girl child and to bring baby girls to our facility instead. Mannkind funds a 14 bed pediatric palliative care center for impoverished children suffering from cancer in India. We pay for all of their needs which include doctors throughout the day and nursing staff around the clock as well as all medications and pain killers needed. We also provide grief counseling to the surviving families.

Mannkind supports operation Rainbow Canada where doctors and nurses travel to third world countries and perform operations for cleft pallet and other facial deformities on children from impoverished backgrounds. 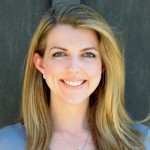 Emerge Global, a social enterprise that equips Sri Lankan girls who have survived sexual abuse and trafficking with the business acumen, life skills and capital needed to lead healthy, self-sufficient lives. Using jewelry creation as a tool for education, art therapy, and financial empowerment. , Emerge has been featured on the front page of the Boston Globe’s fashion section, in Glamour Magazine. In 2013, Emerge was the featured case study in the book “Do Good Well,” a #1 Amazon bestseller with reviews from Muhammad Yunus and Nicholas Kristof.

BS, Civil and Environmental Engineering, 2004 – 2009. Board of Trustees at Massachusetts Institute of Technology (MIT)